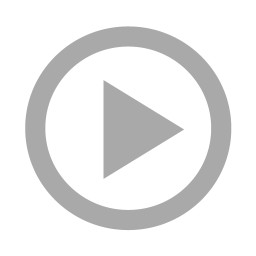 (BPT) – We’d love to take our daily commute for granted. Except, we can’t. It is essential that we continue to make public transportation as efficient as possible for commuters.

Over the decades, as a nation we have put investing in our transportation infrastructure, particularly our bus and rail systems, on the back burner. The result: Today’s public transit backlog sits at $90 billion, according to the U.S. Department of Transportation. This is a missed opportunity to make our public transportation systems more efficient and our cities more productive, and it has serious economic implications.

For instance, a lack of investment in our public transportation infrastructure costs the U.S. economy $340 billion in revenue over a six-year period, according to the study, ‘The Economic Cost of Failing to Modernize Public Transportation.’ The study was conducted by the Economic Development Research Group Inc. for APTA.

As the number of U.S. workers continues to rise, so do the pressures on all areas of our infrastructure.

Since 1995, the U.S. has seen a 42 percent rise in public transit miles traveled. Despite that, needed improvements to our bus and rail assets have not kept pace with growth, the study concludes. Furthermore, the study shows how, as the U.S. fails to invest in the upkeep and maintenance in the nation’s public transit assets, it leads to service interruptions and lost time, which leads to lost wages.

‘Parts of our rail system date back to the late 1800s,’ Carter says, ‘we are facing an unmet – and growing – capital need of nearly $13 billion and meeting it has become even more challenging given funding constraints not only at the federal level, but especially at the state and local levels.’

The impact of public transit on local economies

Service interruptions and delays because America has not kept up with transit investments have a direct and immediate effect on the economy. If workers can’t get to work on time, it affects their productivity.

When an aging road and rail system adds time and delays to commutes, that puts the brakes on economic output.

‘Based on recent surveys of our riders in Central Ohio, we know 70 percent of our customers rely on our service to reach work,’ says Joanna Pinkerton, president and CEO of the Central Ohio Transit Authority. ‘This is just one example of why it is vital to continue investment in public transportation infrastructure to support residents and the economy.’

Pinkerton adds that over the next 30 years, Central Ohio’s public transit system will have to evolve to prepare for 1 million additional residents and 600,000 jobs.

The quality of a city’s public transportation system is an important factor for companies that are looking to expand or relocate. For example, in 2014, Atlanta’s public transportation system played a role in State Farm Insurance’s bid to locate 8,000 new jobs there. One year ago, when Amazon asked cities to create proposals for its second headquarters, the online retailer indicated that it wanted to hear from cities with access to public transit.

The good news is, Congress has allocated a spending increase for the 2018 fiscal year budget for public transit.

‘While this is a positive step forward in helping to address the nation’s aging public transit infrastructure,’ Skoutelas says, ‘this momentum must be maintained by providing similar funding levels for 2019.’